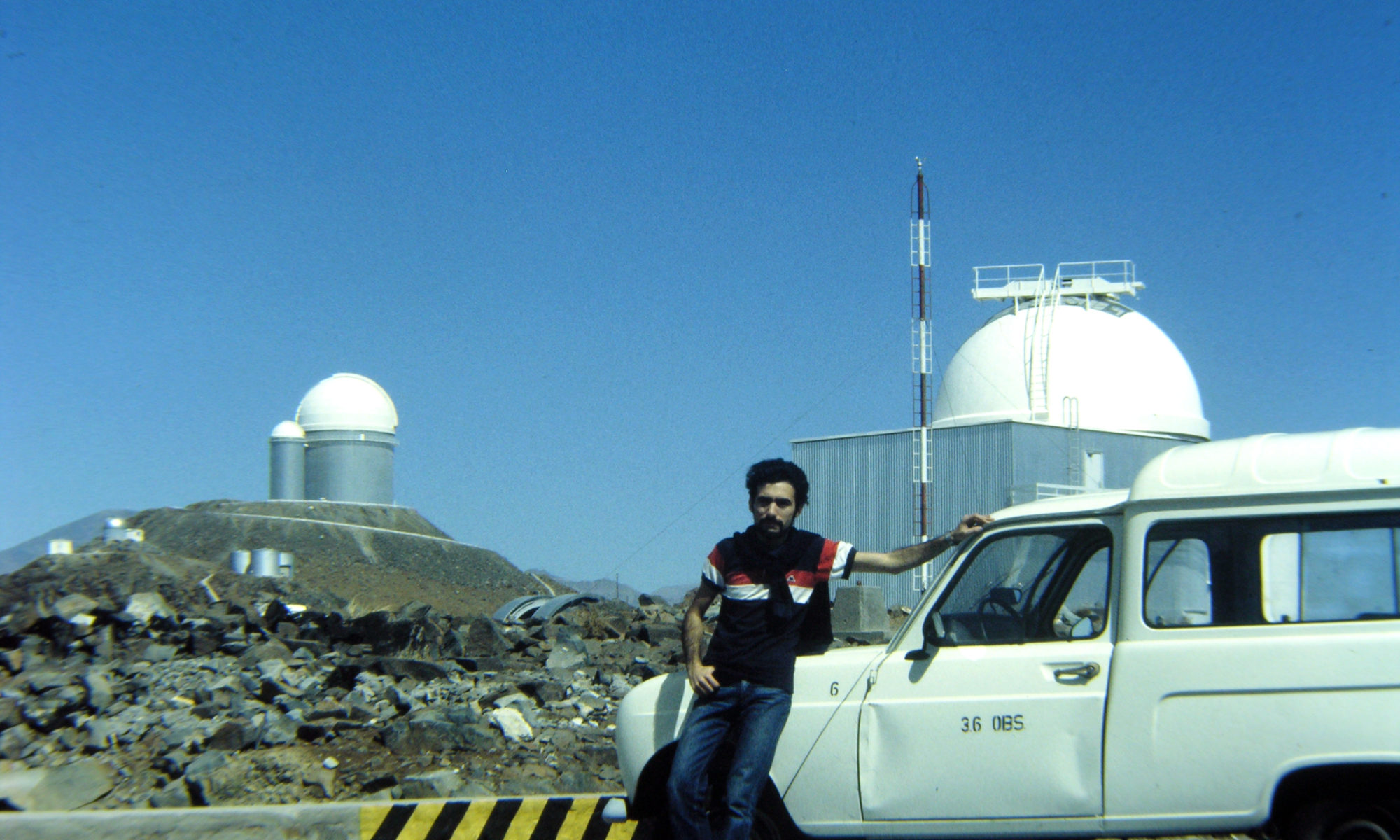 1. The existence of ‘prolate’ galaxies (Ap.J. 226, L115, 1978).
Around the end of the ’70s, some astronomers, such as J. Binney, were suggesting that the structure of the elliptical galaxies could be not oblate, but triaxial. Most part of efforts of those years were devoted to statistical tests of this idea, while no direct proofs of non-oblate galaxies were existing. In 1978, Bertola and Galletta’s discovery of a class of ellipticals with minor-axis dust lanes suggested that these galaxies would be good candidates for being prolate1. They suggest a new class of galaxies: prolate stellar structures cut equatorially by gaseous planes2. This was one of the first papers attempting to use the existing observations to distinguish between oblate and prolate potentials.
The discovery of inclined and warped gas disks in ellipticals has opened up the possibility to learn about the shape of the potential, i.e., whether it is generally oblate, prolate or triaxial. As a result, many theoretical and observational papers have been devoted to this subjects in the past years1.
In the paper, Bertola and Galletta indicates a few objects called possibly related with minor-axis, dust-lane ellipticals, such as NGC 2685 (the spindle galaxy) and NGC 4650A. These galaxies were later discovered to be another class of peculiar objects, the Polar ring galaxies3.
2. Triaxial models of Elliptical galaxies (MNRAS, 193, 885, 1980).
The statistical approach to demostrate the triaxiality of Elliptical galaxies was an hot subject in the begin of the ’80s. In this year, appears a paper where Benacchio and Galletta have made an interesting first attempt to study the distribution of intrinsic shapes […] The best fit is obtained for models that are mildly triaxial. […] The machinery developed in this paper is useful, and should yeld stricter limits on galaxies shapes when applied to more accurate measurements of a larger sample of galaxies4.
3. The relation between twisting and flattening in Ellipticals (A&A, 81, 179, 1980).
Another way to demonstrate the triaxiality of some elliptical galaxies is to study the presence of twisting of the isophotes, a typical consequence of the triaxiality. Differently from intrinsic distorptions, such as the warping of the equatorial plane, triaxiality has its own rules. In 1980 appears the first paper showing that the total twist angle Df correlates with apparent ellipticity. Galaxies which are very flattened (e > 0.25) show only small twists (Df < 20°). This relation for galaxies with luminosity profile following the r1/4 law has been confirmed by various authors.
4. The existence of S0s with counterrotation (ApJ 318, 531, 1987).
In 1986, during a systematic study of barred S0s, find at ESO the first S0 galaxy (NGC 4546) in which the gas disk rotates in the opposite direction with respect to the gas (counterrotation). Parallel to the discovery of the counterrotation in Ellipticals5,6 this was an extraordinary clear example for a “second event” in the history of a galaxy7.
5. The existence of Spirals with counterrotation (Nature, 375, 661, 1995).
Following the problems of interactions between galaxies, Galletta try to link in a general frame various type of galaxies (dust-lane Ellipticals, polar-ring S0s, Ellipticals and S0 galaxies with counterrotation) supposing they are different results of the phenomenon of gas accretion. Then, since 1983 try to observe a number of spiral galaxies having anomalous dust arcs. Finally, with Ciri and Bettoni found the first spiral galaxy where the whole disk of gas is in counterrotation.
(in italic are the citations from review by other authors)